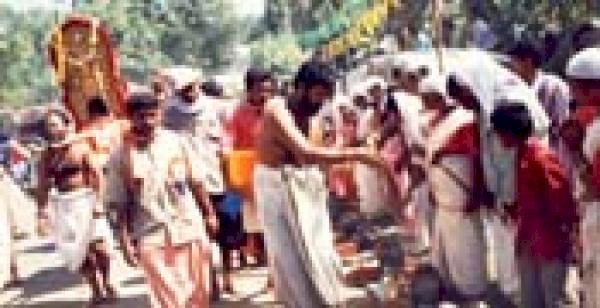 This is the phenomenally renowned festival that takes place in the temple during the month of ‘Vrischikam’ (November/December). This is the time when the glory of the Goddess is at its peak. Lakhs of women devotees gather around the temple as early as even one week before the function. The temple premises will be overcrowded and the devotees arrange place for offering the Pongal on both sides of the mains streets. The queue usually extends to a surprising length of 40 km to 50 km.

Rice, coconut and jaggery are bought by women devotees along with round earthen ports for cooking. The Chief Priest lights the main hearth from the divine fire inside the sanctum sanctorum. This fire is exchanged from one over to another. Every year at the time of lighting the main hearth an eagle is found to circle far above the sky. This is an unfailing blessing of the Goddess. The sight of the bird drives the devotees into an inexplicable feeling of ecstasy. They utter the divine names of the mother and the atmosphere echoes and reverberates with a thousand names of the Goddess.

The origin of this ritual dates back actually to the origin of the temple itself and takes us once again to the story of the hunter and his family detailed into he temple history. The hunter and his family members cooked their food in earthen pots. They always set apart a part of their food as an offering to their goddess. One day they were very late to return home after collecting wood in the jungle. They felt extremely sad that they could not submit the daily part of their food to the Devi.

Overtaken by unbearable sorrow they fell upon the feet o f the ‘Goddess and asked pardon for the delay. Then they rushed immediately to cook the food. But they found to their utter surprise that all the earthen pots were filled with cooked food and fruits. They knew for certain that it was the Goddess Herself who cooked the food for them. They heard a voice in the atmosphere. “My Children, I have prepared this food for you. I will always be too near those who are devoted and pure. Take this food and have rest”. We find the supreme moment of the goddess herself preparing food for the devotee.

The Pongala in the temple is a symbolic reminder of this age-old incident. Devotees prepare the food as humble offering to the mother. It is believed that the Goddess herself offers her august presence near each Pongala hearth as the cooking is done. Several are the instances where the griefs, problems, and confusions of the devotees are washed away through the Pongal offering. It is also a symbolic reminder that devotion reaches the full circle through complete submission and total surrender at the lotus feet of the Mother. The Pongala festival in this temple is one of the foremost rituals compared to any thing of the same in the whole state of Kerala. 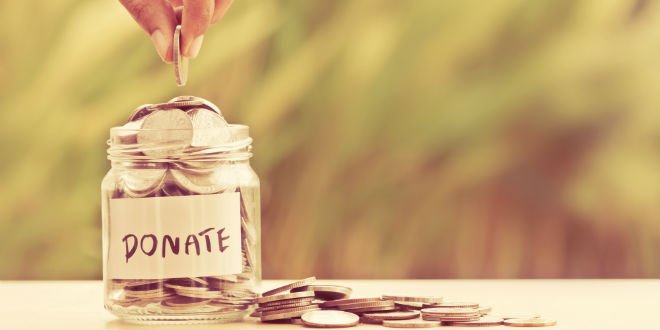